This session will discuss the full range of issues associated with universal screening including, reasons for screening, initiating and carrying out a screening program, follow-up, and integration with social-emotional learning and special education services (MTSS; Tier 1 through Tier 3). Practical issues of permission, timing, screener informant, administration, and use of results will be discussed. Screening tools will include the Behavioral and Emotional Screening System (BESS) for universal screening, BASC-3 Skill Builder Guide for social-emotional learning, and BASC-3 Intervention Guide for intervention
services. 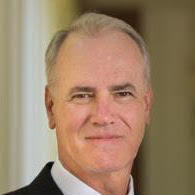 Professor Kamphaus spent most of his career on the faculty of his alma mater, the University of Georgia. There he served in a variety of roles including, distinguished research professor, department head, college research administrator, clinic director, and academic program coordinator, among other roles. He subsequently served as Dean of the College of Education at Georgia State University.

Professor Kamphaus is known best for his research on child psychodiagnostic test development, and assessment practice and methods. He is co-author of the widely used Behavioral Assessment System for Children (BASC; with Emeritus Professor Cecil Reynolds from Texas A & M University), which is also used internationally, and in a variety of languages. To date, he has published more than 85 scientific journal articles, 50 book chapters, 10 books, and 10 tests or software packages, among other publications. His research has been funded by grants from the U.S. Department of Education and its Institute of Education Sciences.

Professor Kamphaus has graduated 39 doctoral students, and served as mentor and research advisor to numerous masters and bachelors students.

With regard to service to his profession, Professor Kamphaus is a licensed psychologist in Georgia, and has served in a variety of leadership roles for the American Psychological Association (APA): Editor of School Psychology Quarterly, member of the Council of Representatives, and member of the Board of Professional Affairs. He was elected Fellow of the APA Division of School Psychology in 1995, the same year he served as President.

For any questions regarding this webinar, please contact Member Services.